5 facts you may not know about food insecurity in Geelong

The Food for Thought Report, undertaken by the Give Where You Live Foundation in conjunction with the City of Greater Geelong, provides a snapshot of the region’s emergency food relief system.

1. An estimated 365,732 meals per year are provided by the food assistance system in our region

Equating to almost 1,000 meals a day, there are more than 50 organisations across the region running at least 99 programs that provide emergency food assistance to men, women and children.

2. More than 2,500 people seek food assistance in our region in an average week are under the age of 30

The 2016 Foodbank Australia Hunger Report states that the face of hunger is diverse – male, female, both young and old, single and in families, students, employed and unemployed as well as retired people are seeking food assistance.

Data found by the Food for Thought Report also shows that in a single week up to 1,338 families access food services in our region. Of those families 63% are single parent families. Low income continues to be a strong indicator of food insecurity, especially with an increase of the ‘working poor’.

3. Our food relief system is run predominately by volunteers

Every year, there are at least 997 volunteers who provide in-kind labour to support the food assistance system. Volunteers play a significant role in collecting, storing and delivering food via food parcels and prepared meals consumed on site.

4. While the demand for food assistance increases, there are challenges to sourcing adequate supplies

The Food for Thought Report found that due to a lack of storage capacity, 59% of food providers have had to refuse food donations (fresh food in particular). What’s more, there is an inconsistency of food supply with 72% of food providers stating that dairy products, meat, fruit & vegetables and cooking oils are often in short supply.

5. More than 50% of food assistance clients in the Geelong region are considered long term (attending for more than 6 months)

In the Geelong / G21 region, emergency food relief providers have noticed that there has been an increase of people seeking food assistance. Food insecurity in Geelong is reaching a crisis point. Workers and volunteers within the food relief system are observing that most clients who seek food assistance will return, rather than seek assistance as just a ‘once off’ emergency situation.

Feed Geelong aims to address hunger and immediate food insecurity in the Geelong / G21 region. Our aim is to raise awareness of the food insecurity crisis on our doorstep whilst raising valuable funds to assist our region’s emergency food relief system which is working on a daily basis to help the men, women and children in our community who are struggling to put three nutritious meals on the table each day. 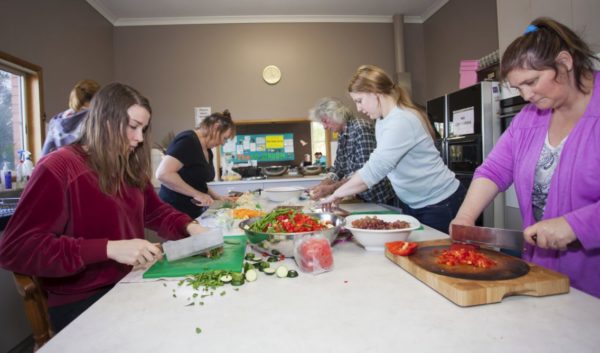